When visiting New Zealand, everyone should experience at least one of the New Zealand ‘Great Walks’. 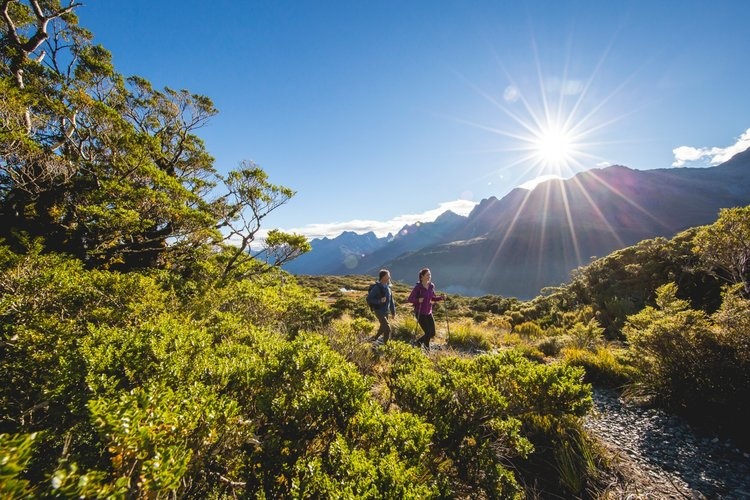 Before adding one of the Great Walks to your itinerary, you’ll need to make sure to plan ahead. These walks are extremely popular and many require advanced booking for guided tours. Whether you’re an energetic hiker looking to discover glacier-carved valleys, or a more sedate day-walker after scenic views, there’s a trail for everyone.

Lake Waikaremoana is located in Te Urewera National Park – one of the North Island’s most remote regions. 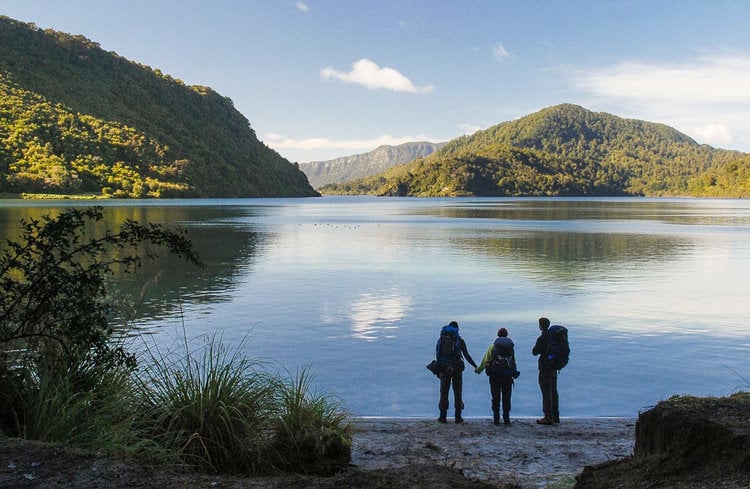 Image via Department of Conservation

During the 28mile (46km) trek you will walk through rainforest, along the hidden beaches of Lake Waikaremoana and take in incredible view of Panekire Bluff.

Note: Although generally quite an easy hike, one day will involve climbing a steep bluff.

The Northern Circuit winds around the two active volcanoes, Tongariro and Ngauruhoe in a 27mile (43km) loop. 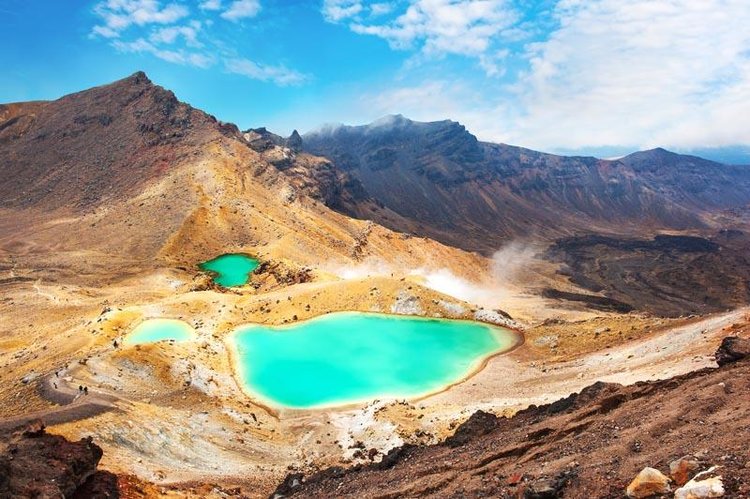 The Tongariro Alpine Crossing forms part of this trail and is considered one of the best one-day hikes in New Zealand.  Lava formations, an active crater, tussock grassland and emerald green mineral lakes combine to make this a stunning, unforgettable trip for adults and children alike.

Note: Some parts of this trail can be quite windy while others are rather warm, so it’s recommended to pack for all occasions!

This is without a doubt the most popular of the ‘Great Walks’, and probably the most leisurely too. 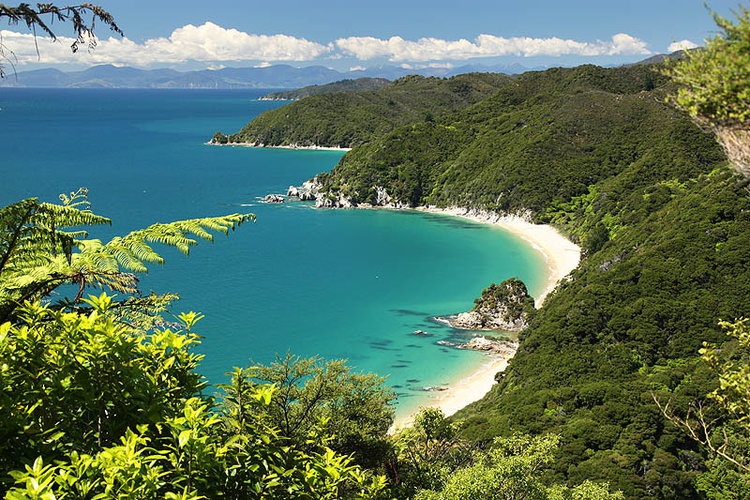 The Abel Tasman Coast Track is 34miles (53.3km) of easy trail along the forest’s edge, lined with miles of golden sand beaches.  Being so close to the sea, many choose to combine this track with sea kayaking.

Note: This trail doesn’t link up, so you’ll need to take a water taxi from one end or the other.

In the north-western corner of the South Island you will find Kahurangi National Park where the longest of the ‘Great Walks’, the Heaphy Track, 49miles (78.4km), is located. 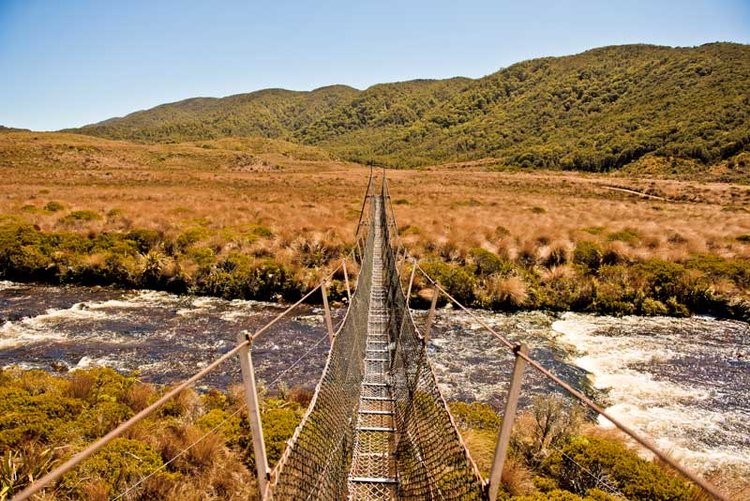 This track is known for its diversity of landscapes, including red tussock downs, lush beech forests and fields of alpine herbs.  After crossing the Heaphy River over several swing bridges, you’ll discover the most striking part of the trail where nikau palms grow, before reaching the Tasman Sea.

Note: If you’re a keen cyclist or looking to cut down the time, you can also mountain bike this track during the winter months. 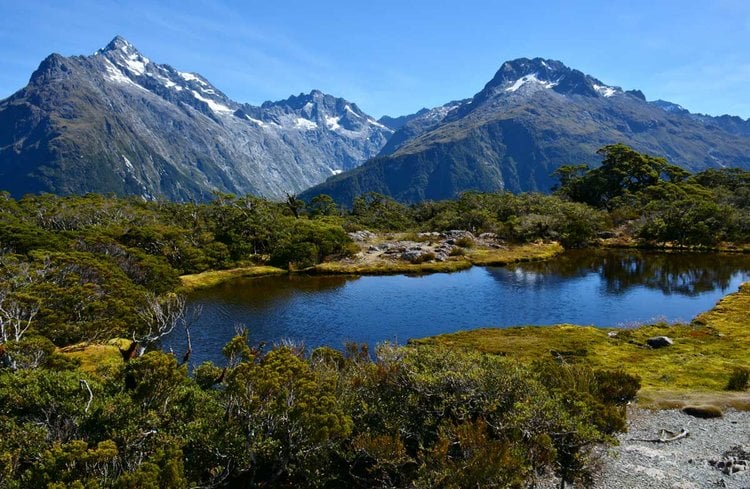 Image via Department of Conservation

The Routeburn Track has some of the most diverse scenery, with clear green rivers, striking alpine lakes, and the exhilarating mountain pass views – and was rightly named one of the top eleven trails in the world by National Geographic Adventure Magazine in May 2005.

Note: If you’re an athletic trail runner, you can take part in the Routeburn Classic in April where the very best complete it in less than 3 hours!

Milford is the most famous of the Great Walks, and also one of the more heavily regulated trails.

Follow the Maori routes through 33miles (53.3km) of rainforest, where you will see cascading waterfalls, ice-carved valleys, traverse the alpine crossing, and lastly the breath-taking Milford Sound.

Note: You will need to book well in advance for this much-demanded route.

The 37mile (60km) Kepler Track runs through the beech-forested shores of the Manapouri and Te Anau lakes. 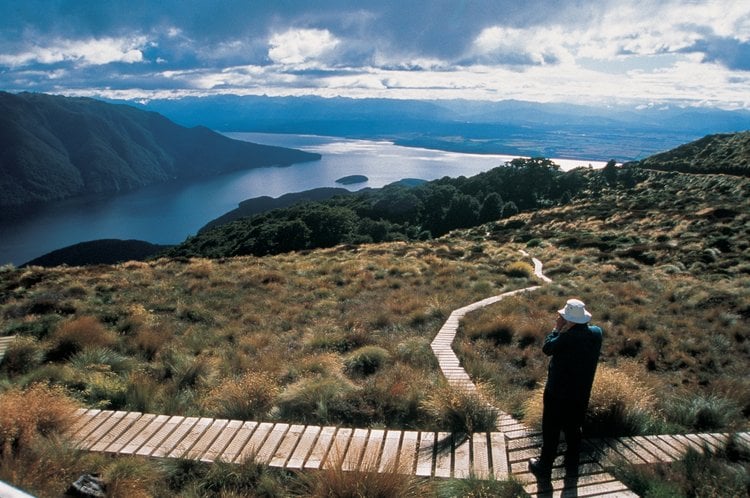 This trail also runs through the Fiordland National Park, where you will walk long the mountaintops, taking in spectacular alpine vistas of the lakes and valleys below.

Note: Unlike many of the other trails, the Kepler Track was custom-made to show hikers the best features of the Fiordland.

Located on Steward Island, south of the South Island, this really is the ‘end of the earth’. 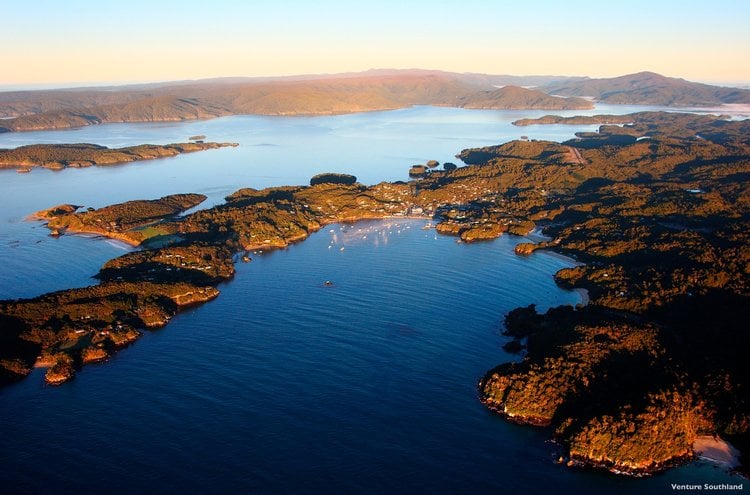 The 19mile (32km) hike is the least frequented of the ‘Great Walks’ and has unpredictable climate and conditions.  Part of the trail has planked walkways to keep you from sinking into mud, allowing hikers to access the Rakiura Track throughout the year.

Note: You will need to travel by air from Invercargill or take a ferry from Bluff to reach Stewart Island.

The last of the ‘walks’ is located back up in the North Island, and is more correctly a kayak or canoe ride of 90miles (145 km) down the Whanganui River. 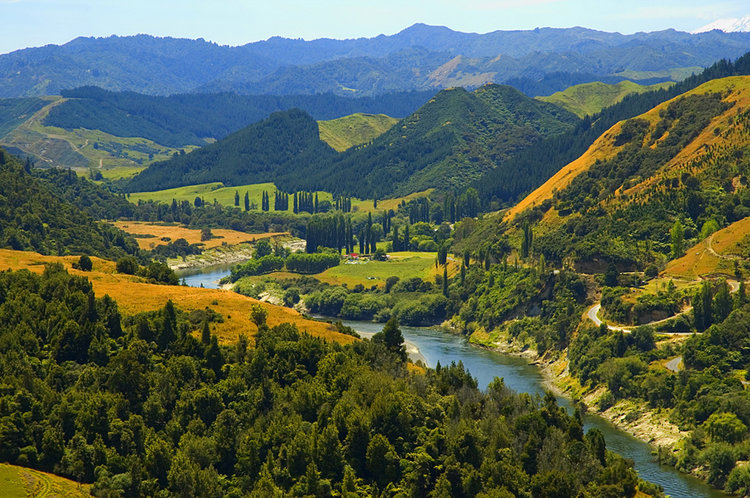 Beginning in Taumarunui, drift down the river through lowland forest until you reach Pipiriki. The Whanganui River holds a lot of cultural and historical significance for the Maori populations, as it was used as a major food source.

Note: This route falls under the ‘Great Walks’ mainly because it’s managed by the Department of Conservation.

Ready for the trip a lifetime? We are leading specialists in luxury holidays to New Zealand, and can arrange every last details of an amazing New Zealand vacation for you. Get in touch with our team and let's start planning!