Insta-Famous: 5 of the New Zealand's most Photographed Places

Search #NewZealand on Instagram and you'll see this country has become a real muse for modern travellers. From cities to churches, mountains to movie sets, we share five New Zealand scenes that are fast becoming Insta-famous...

Lake Tekapo is officially New Zealand's Most Instagrammed Place. Maybe it's the vibrant and intense milky-turquoise colour of the lake (the colour is created by rock-flour ground by the movement of glaciers!)... or maybe it's the dramatic peaks of the Southern Alps that frame the lake... or maybe it's the fields of wild lupins, with their almost-iridescent pink and purple flowers.

Legend has it that many decades ago, the wife of a local farmer went out on horseback each spring and spread lupin seeds around the lake, to 'spruce up' her backyard! 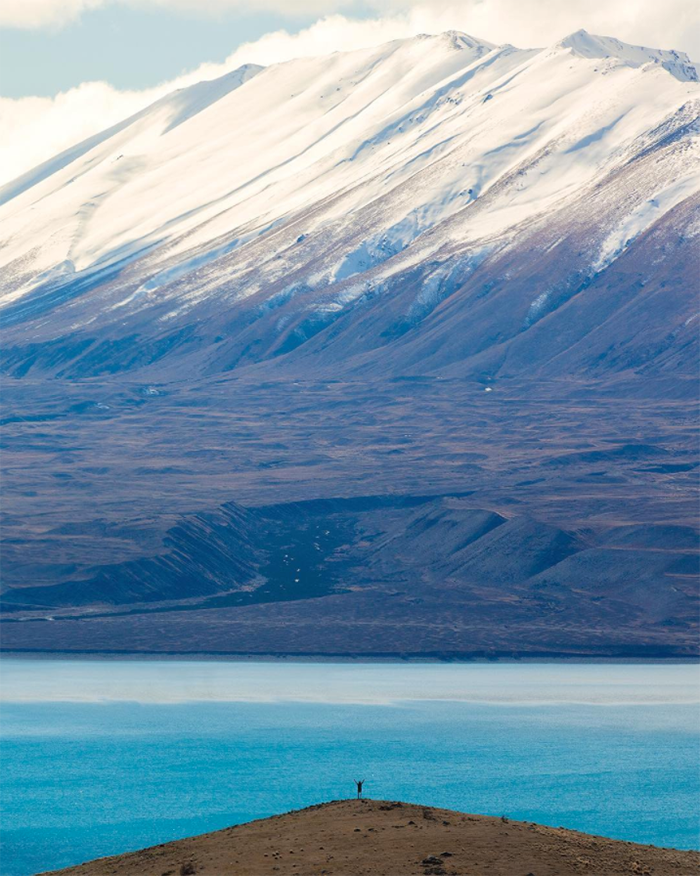 Just as beautiful when her famous lupins aren't in bloom. Image by @william_patino

This humble stone church is perched on the lake edge, giving context of scale to the massive landscape that surrounds it. The real magic happens here after dark - Lake Tekapo is one of the finest places on earth to stargaze; so much so, that the sky here is part of an internationally-protected UNESCO Dark Sky Reserve. 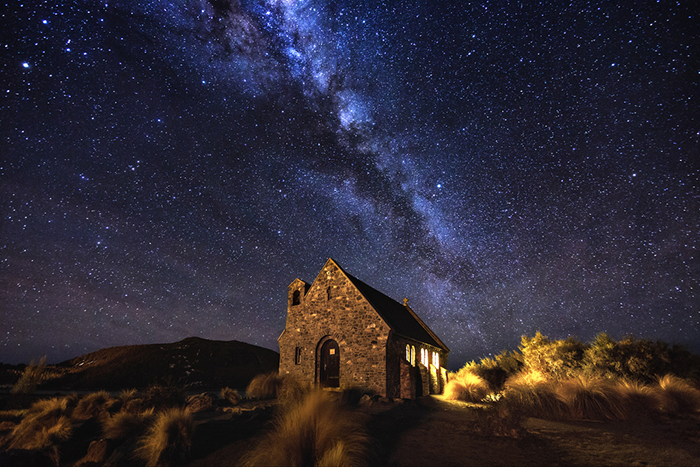 Always in the Top 10 of New Zealand's Most Instagrammed Places is the Auckland Sky Tower. Like an exclamation mark punctuating the skyline, the iconic Sky Tower is visible from virtually anywhere you roam in the city. 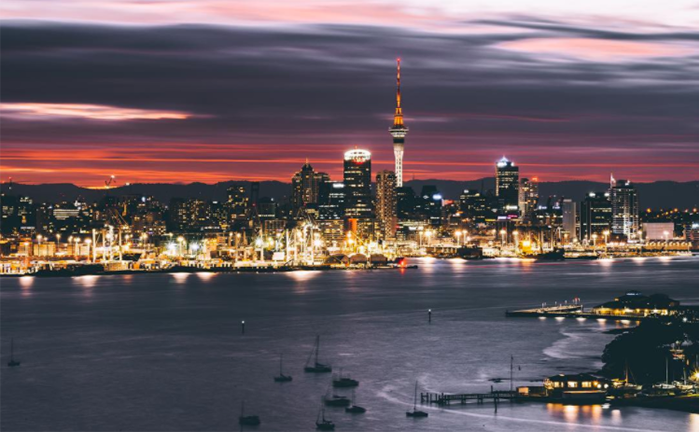 Capture it from afar or lit up at night, experience its mammoth size from ground level, or ride the elevator 192 metres to the viewing platform and see New Zealand's largest city from above.

Adventure-seekers can walk around the perimeter of the tower's upper rings (there's not even a handrail to hold onto!), or do a Base Jump off the tower! 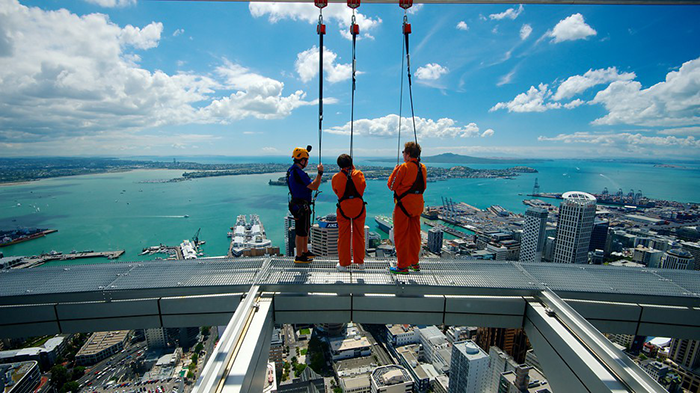 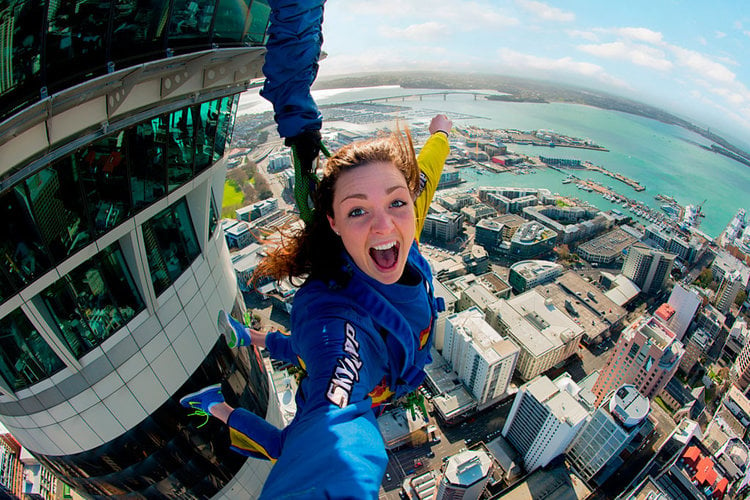 One of the most popular visitor attractions (and insta-famous spots) in New Zealand is the Hobbiton movie set tour! In the middle of lush rolling New Zealand farmland, you'll find a wonderland where The Shire and the village of Hobbiton was brought to life. 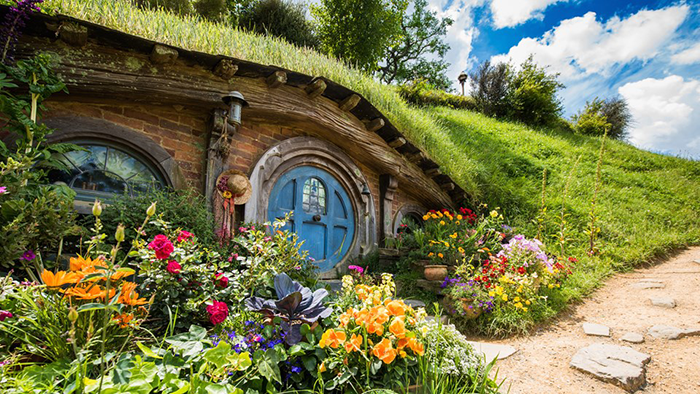 Explore the many Hobbit holes, Bag End, The Green Dragon Inn, The Oak Tree and more sights from the blockbuster films.

Board a chopper and make for Cecil Peak, where the best views of Queenstown and Lake Wakatipu await. Carefully walk to The Ledge and strike a pose - the incredible sheer drop-off gives the illusion that you really are on top of the world, and you'll feel it, too!

Cecil Peak is an unforgettable New Zealand location for a romantic proposal, and has become an iconic backdrop to high-end wedding photography. 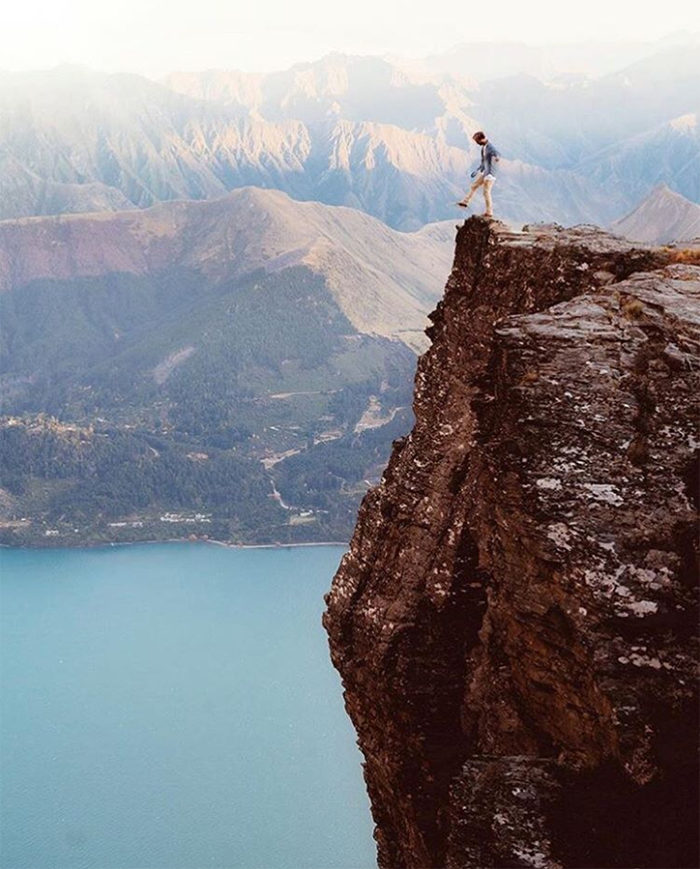 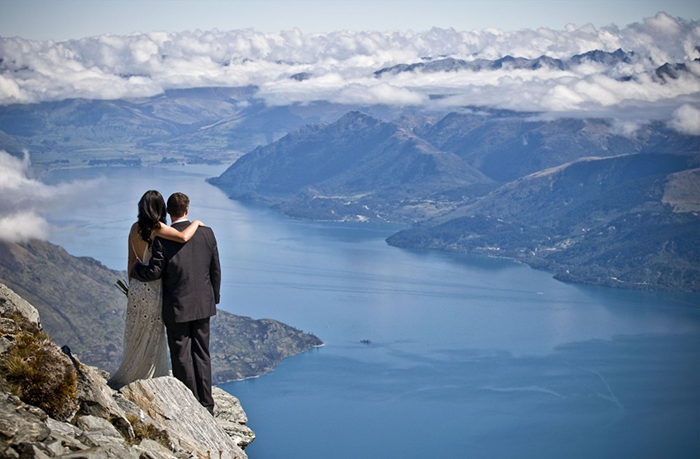 A WOW-worthy location for your luxury wedding. Photography by Alpine Image Co

Around every bend is another alpine lake, rushing river or dramatic mountain panorama to make your heart skip a beat, but perhaps the most stunning of them all is that from Roys Peak.

To witness this sight means a (very scenic) hike of around 5 hours - return trip. But a reward this magnificent deserves a little effort, right? 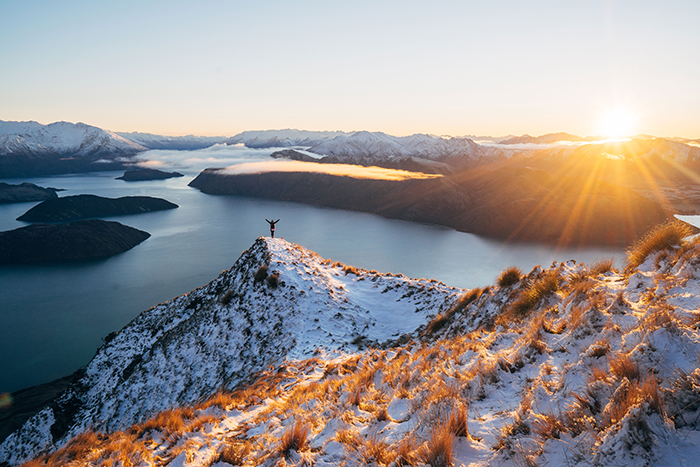 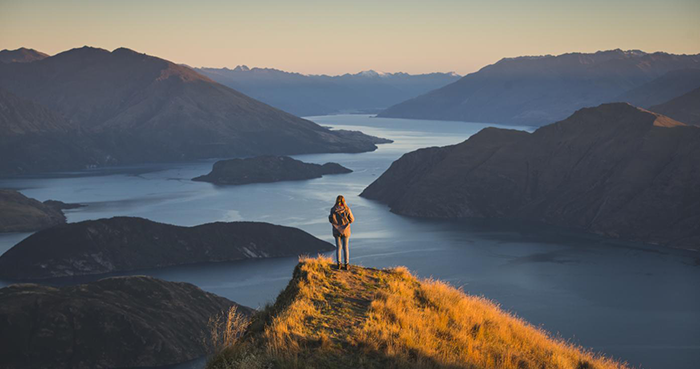 Photography via Citizens of the World

In the coming weeks, we'll share another round-up of Insta-famous places you can look forward to visiting during your luxury holiday in New Zealand. Five simply isn't enough!

In the meantime, if you'd like to experience these phenomenal New Zealand sights for yourself, contact our team to start planning your vacation!