Whether you're an avid skier or you're new to the slopes, New Zealand mountains are a powdery playground!
Here we share some of our favourite ski resorts of the multitude on offer... 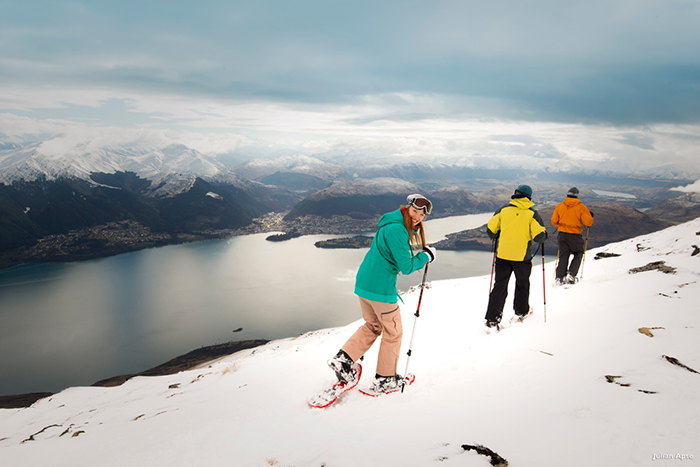 It’s the largest ski area in the South Island, plus it has the highest average snowfall of all the New Zealand ski resorts. It’s also renowned for its spectacular scenery – the resort is perched on the face of a steep mountain, and skiing here feels a little like riding on the edge of the world, as your look out across Lake Wanaka and to the mountains beyond. 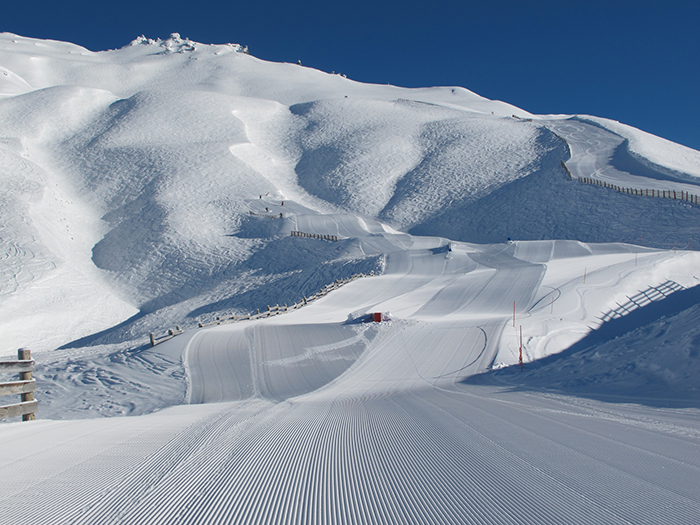 There’s 550 hectares of exceptional terrain to explore at Treble Cone (making it the largest ski area in the South Island), including some very challenging black diamond runs and a 700-metre vertical drop.

Experienced skiiers will have the time of their life – Treble Cone’s terrain is pretty gnarly, and over half of the trails here are rated Advanced or Expert.

Want to ski on an active volcano? You can in New Zealand's North Island, at Whakapapa ski field. 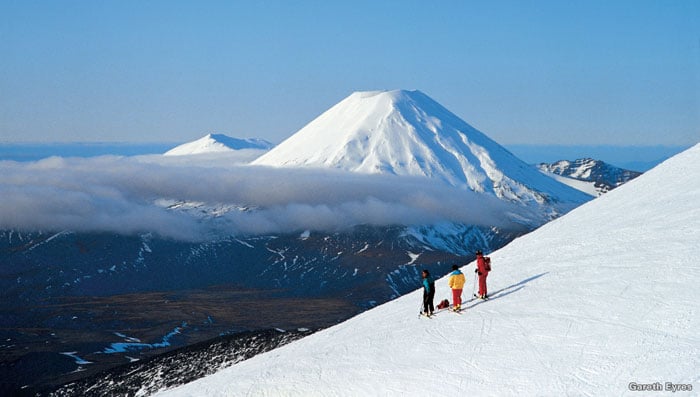 Skiing on an active volcano - Photograph by Gareth Eyres

Whakapapa is located in a Dual World Heritage area, a very special and sacred National Park that is home to not one but three volcanoes.

The largest of these is Mount Ruapehu, and the Whakapapa ski field sits on her slopes. 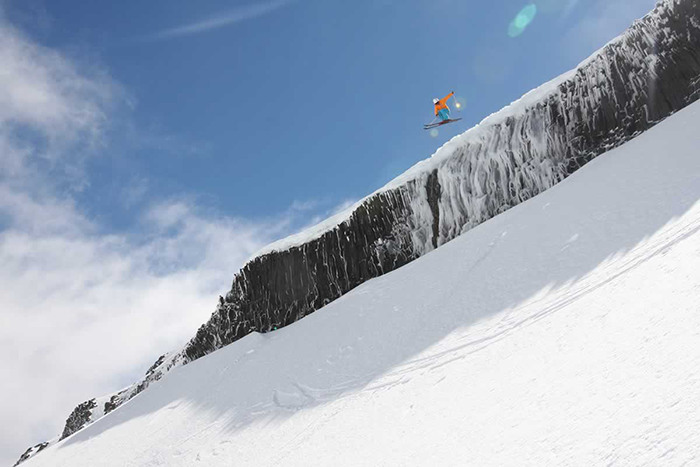 Known as one of New Zealand’s best family ski fields, Whakapapa is also one of the country’s largest. There is over 550 hectares to explore, with around 60 named runs.

Thanks to past eruptions, the terrain on the east side is diverse and challenging, with ancient lava flow creating natural half pipes! Whakapapa also has a great beginners’ area, Happy Valley, and a well-designed terrain park with halfpipe.

Cardrona is New Zealand’s most popular ski resort, thanks in part to how close it is to Wanaka (30 minutes away) and Queenstown (1 hour drive) – both stunning tourist destinations in their own right. 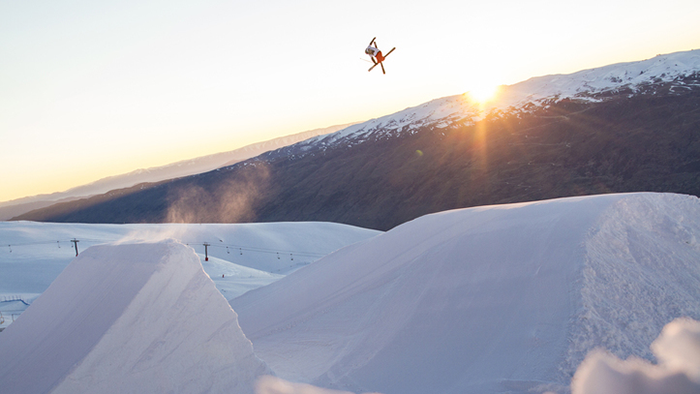 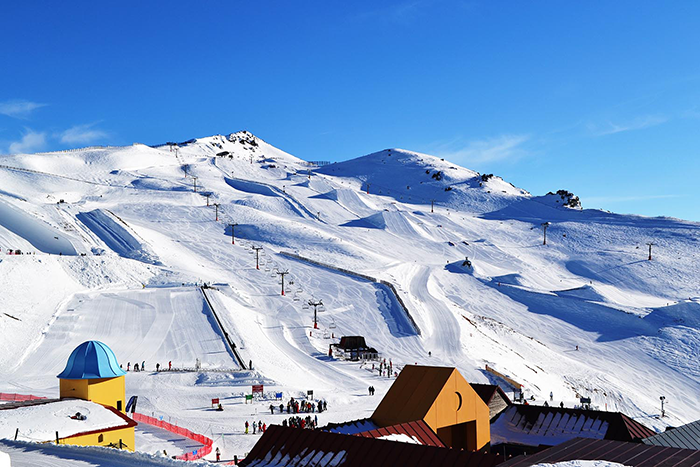 Cardrona has it all, really –  four dedicated kids’ centres and a great beginners’ area, an impressive terrain park (the most extensive in the Southern Hemisphere actually – and it’s home to the NZ Olympic Park and Pipe team), and wide open groomers loved by intermediate skiiers and families.

It definitely doesn’t have as many expert areas as its neighbour Treble Cone, but there’s plenty here for advanced skiiers to love – including some epic chutes and off-piste sections. 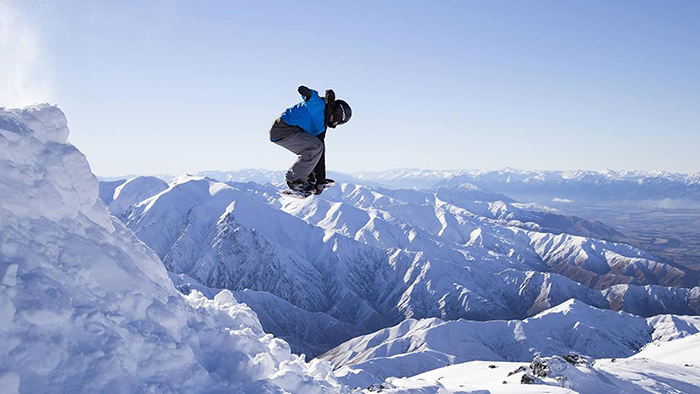 The closest ski field to Queenstown (Australasia's premiere ski holiday and apres-ski destination), Coronet Peak is one of New Zealand’s most loved – especially for intermediates.

There are lots of rollercoaster blue trails - all superbly groomed – and two Terrain parks to play on. Families love the tubing park here – it’s huge fun. 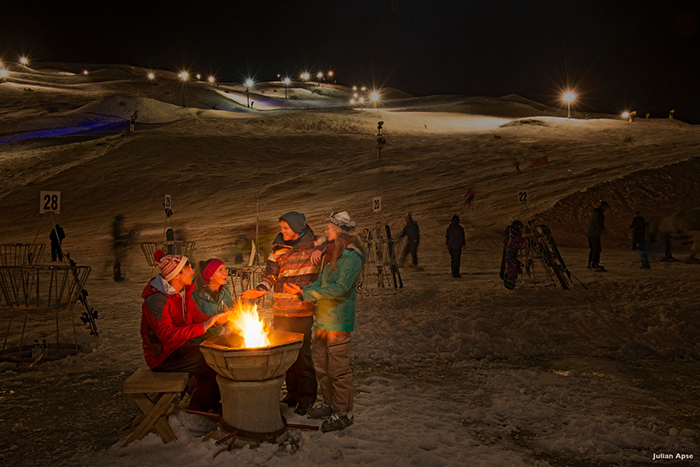 Keen skiers and riders will be glad to know that Coronet Peak’s terrain is 30% black diamond, and there are plenty of off-piste runs and chutes to get amped on.

The excellent lift system means you won’t be stuck in queues, and there’s a variety of delicious options for re-fuelling ahead of another session on on the slopes. Our fave is Heidi’s Hut, a ski-in, ski-out eatery with an Italian-inspired menu. Make sure to try the mulled wine! 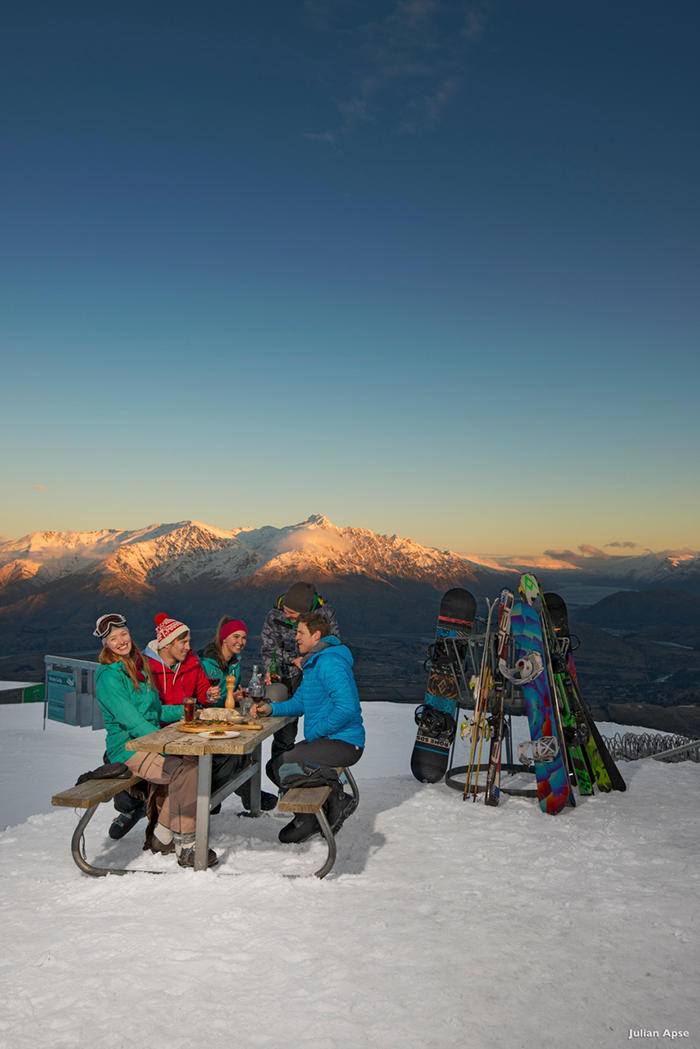 Pizza and powder at Coronet Peak. Photography by Julian Apse

Coronet Peak’s sister ski field The Remarkables is located on the mountain range of the same name. This is one of the most photographed pieces of scenery in the world, thanks to the dramatically jagged peaks that rise sharply from Lake Wakatipu and pierce the sky. The Remarkables ski field is reasonably small at just 220 hectares, but there’s a trail for everyone here. Freestyle riders take note: The Remarkables has made a name for itself with its three very impressive terrain parks.

Skiing is a sport and a passion the whole family can enjoy – and it’s one that will take you around the world together. New Zealand slopes are the ideal place to learn to ski. 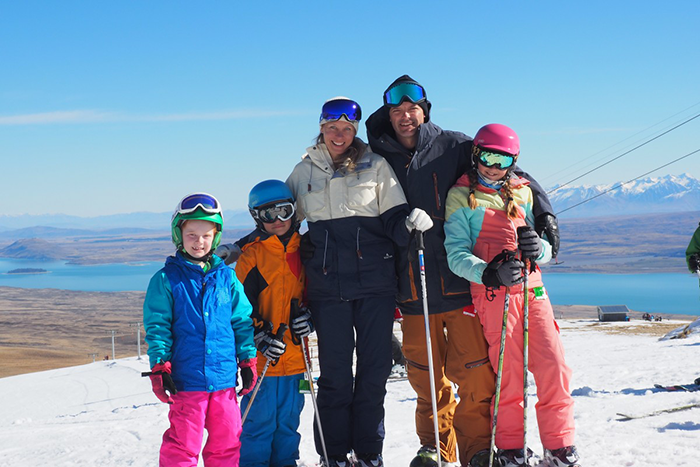 All New Zealand ski resorts offer professional instructors, and cater brilliantly for beginners with powdery bowls and gentle slopes to enjoy, but our favourite ski field for littlies and learners is Roundhill, in the Wanaka region.

Roundhill is one of the largest ski areas in New Zealand in terms of terrain size, but is privately owned by the Burtscher family. And you can feel the family vibe here – this is very relaxed, friendly and social ski field.

Roundhill has a simply enormous beginners’ area,  and the platter lift and beginners’ ropetows are a fun, gentle way of helping learners find their feet in the snow.

Book the kids in at Roundhill’s excellent snow school, while you play on the immaculately groomed (and extra wide) intermediate trails.

Or if you’re really game, board the world’s longest, steepest rope tow and challenge yourself to the biggest vertical drop in Australasia! There is also a freestyle park for snowboarders to play the day away. 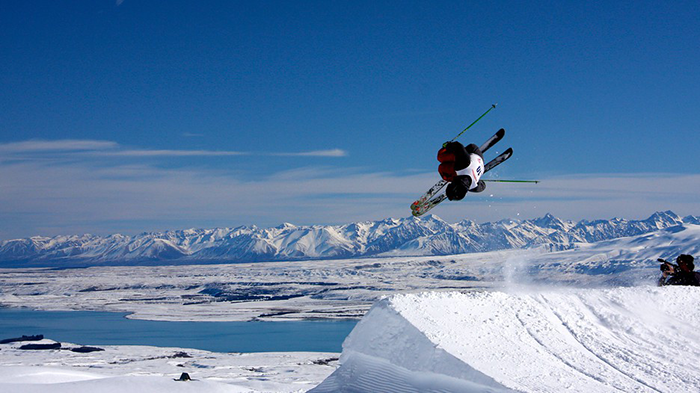 New Zealand Heli Skiing is some of the most accessible and well-priced in the world, with varying gradients suitable for anyone that can ski a black run (or red piste, to those who are used to the European system).

A huge variety of mountain peaks and back country terrain await you within short distance of Queenstown, or there are prop planes to take the more adventurous to Mount Cook - which is - trust us on this - phenomenal! 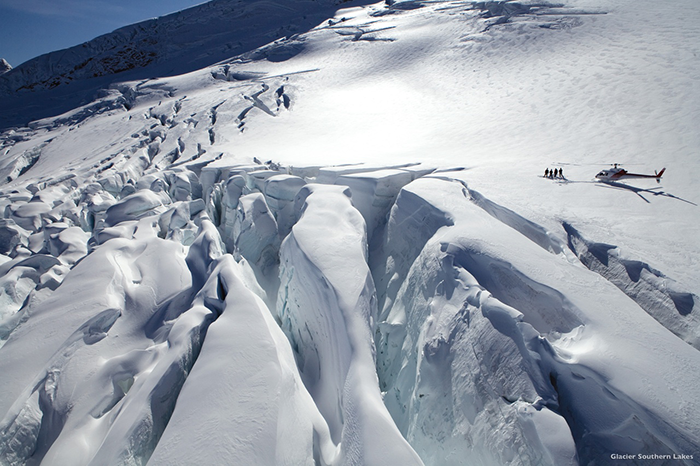 We are ski enthusiasts here at Antipodean Luxury Travel - and count a professional ski instructor amongst our team of travel curators. Contact us today, and let's start planning you the Ski holiday of a lifetime, in New Zealand!